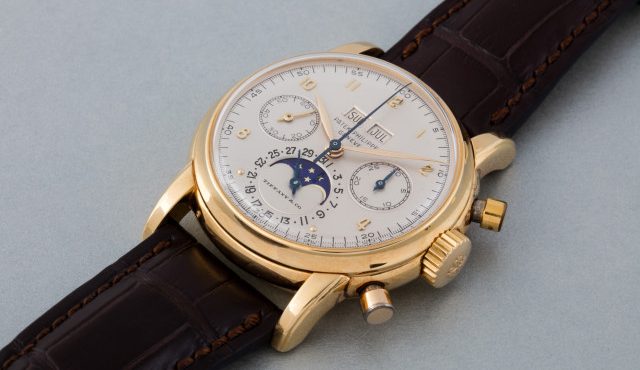 The yellow gold Patek Philippe Perpetual Calendar Chronograph ref.2499 replica watch was the successor of reference 1518, the worlds first perpetual calendar wristwatch made in series. From 1951 until 1985, a total of 349 pieces were made, making this a highly exclusive reference in the company’s history. 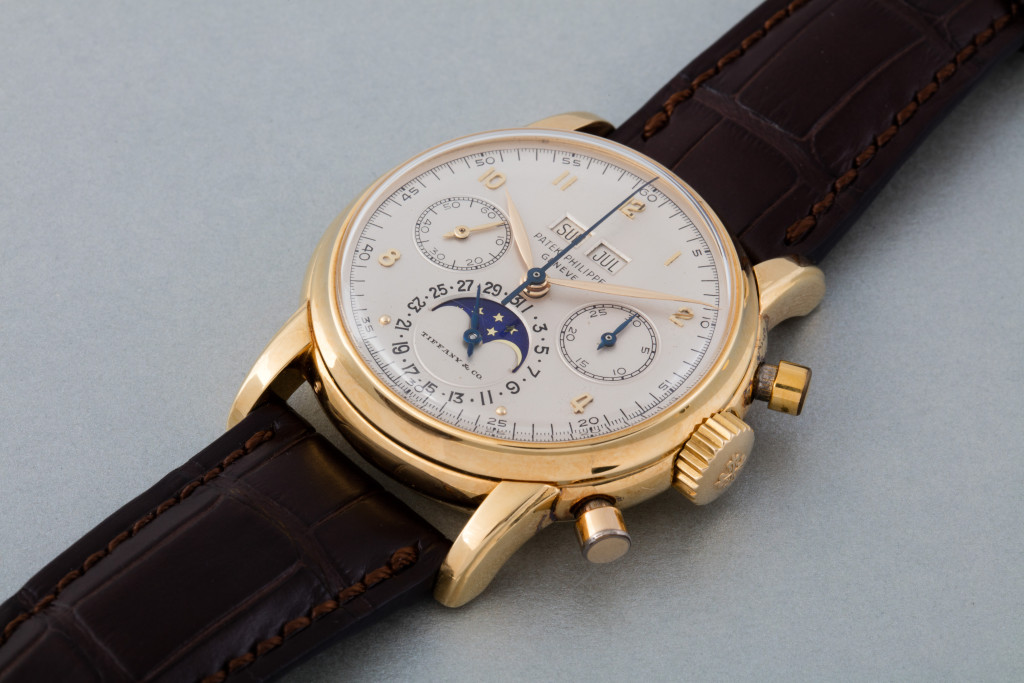 The present watch is a highly intellectual example of reference 2499, and a beloved rarity amongst collectors. This yellow gold Patek Philippe Perpetual Calendar Ref.2499 copy watch is considered to be a “two and a half” series – one of only two known – recognizable through its unusual configuration of round chronograph pushers, applied Arabic hour markers, and no tachometer scale. Most amazingly, the only two watches that are known are not only close in terms of their serial number, but even more so as they were both sold in late June of 1966. Not only proving that indeed during the summer of 1966 there was a batch of possibly only two watches destined for special customers, but confirming a piece of scholarship that was known and continued to evolved. 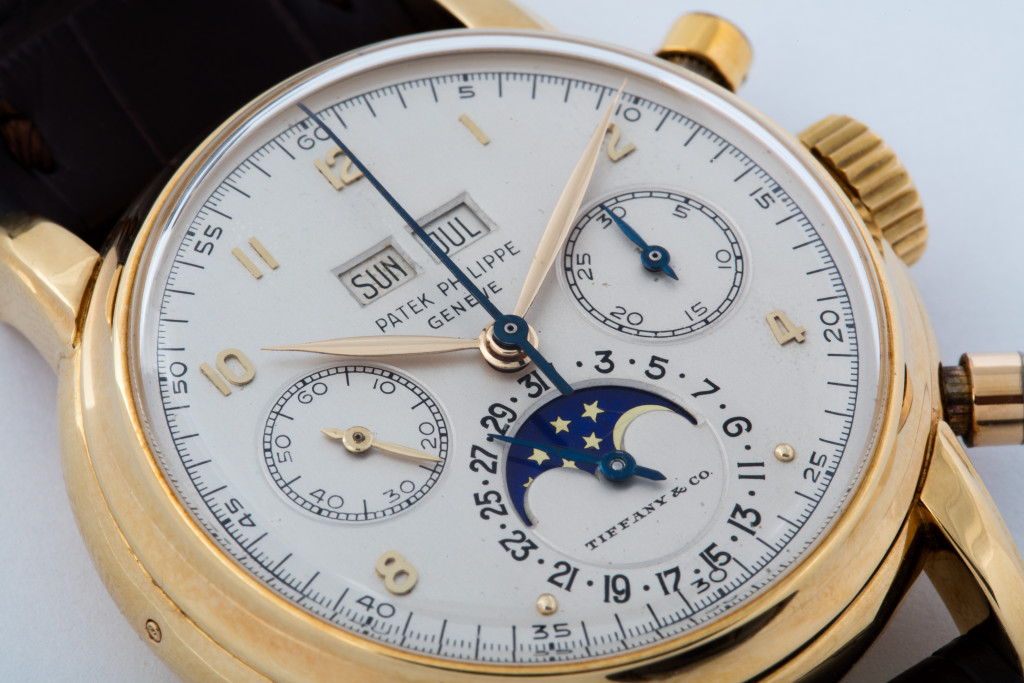 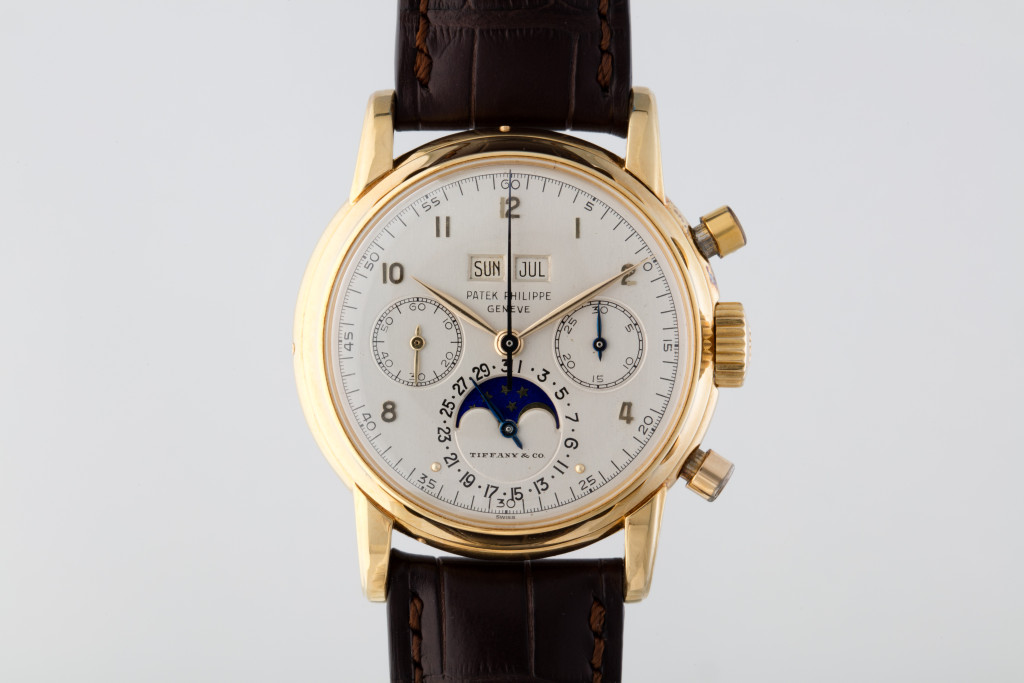 The case is in overall good condition with the hallmark stamping still present in between the well-defined stepped lugs. The dial has survived in remarkably good condition, and stands out from the rest of the group. Furthermore, it is the only example known featuring the prestigious “Tiffany & Co.” retailer signature on the dial – a subtlety adored by collectors.  This yellow gold Patek Philippe copy watch’s look combined with exclusivity, and collectability is a rare opportunity for discerning collectors.